Welcome back students! Yesterday was the annual student vs. faculty basketball game. Several students showed up to the game and several others were student volunteers. Surprisingly, many teachers participated in the game. The boys and girls basketball team each played the teacher team . To start the game, the girls BLMS basketball team started to play the female faculty team. Soon after, the boys teams play. Both teacher teams ended taking the win! 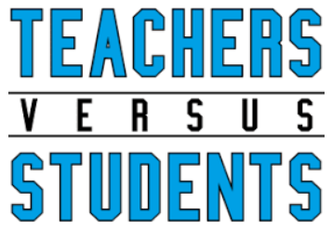 Good afternoon lynx! As you may. know, we have a quidditch club her at Bon Lin middle school. Many students have sent the flyers around the school, but not really knowing the facts about the sports. J.K. Rowling was the first person to acquire the sport in her Harry Potter novels. Muggle Quidditch is a full contact sport. The sport is very new, as it was created in 2005. In out world today, both female and male can play the sport. 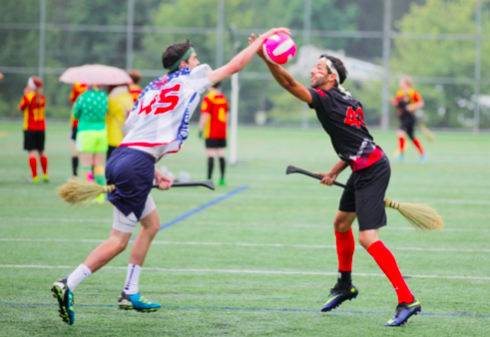 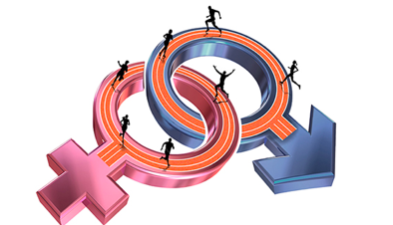 Hello fellow lynx! The 54th Super Bowl, sponsored by Pepsi, took place not too long ago, where the Kansas City Chiefs took the win. Halfway through the game they started the annual halftime show. This year the show was preformed by Shakira and Jennifer Lopez. It was held at at Hard Rock Stadium in Miami Gardens, Florida. The show started with Shakiras live performance and Jennifer Lopez joined later. As a surprise, Jennifers daughter Emme Maribel Muñiz, joined her with a choir and sang in the show. Another surprise was that they were joined by Bad Bunny and J Balvin. 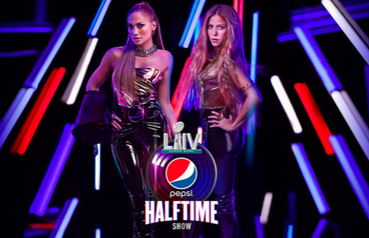 Why You Shouldn't Use Steroids
Sophia Morgan

Many bodybuilders want to gain muscle fast. They want to get the best results and build muscle in unnatural ways to get those results. However, using unnatural methods to gain muscle mass can have harmful side effects. Using steroids is one of the most popular ways to gain muscle mass quickly. Some Bodybuilders who want to gain muscle abnormally quick use steroids to get quick results in their muscle definition. Some Bodybuilders inject steroids into their muscles and some consume steroids, injecting steroids gives you better results though. But being inpatient and deciding to approach faster muscle growth through steroids can hurt you and potentially kill you.
​One of the most common side effects of using steroids are strokes and heart attacks. Many bodybuilders who have used steroids have died from strokes and heart attacks because of frequently injecting steroids into their bodies. Steroids can have an effect on the mind too, such as, depression, mood swings, and violent behavior. Using steroids will alter how you look in a negative way as well; your skin could potentially start to look yellow and you could develop severe acne.
It’s better to approach self-development in a positive and naturally. Using steroids isn’t worth it and in the end, you will thank yourself that you were patient with your progress. Stay healthy, be positive, and be mindful. 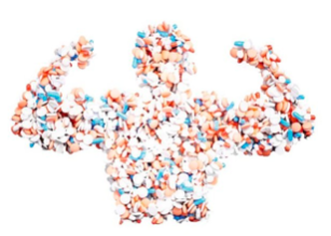 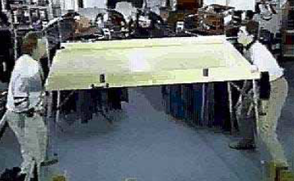 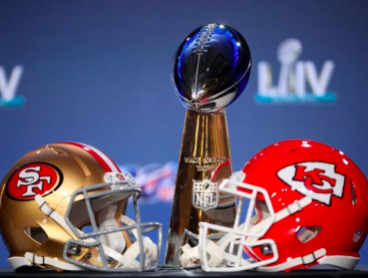 Sadly, one of the NBA’s greatest basketball players, Kobe Bryant, passed away after a fatal helicopter crash last Sunday. Four other people died in the helicopter crash with him, one of them being his daughter, Gigi Bryant. Many celebrities and athletes are shocked by his death and wish his family well. 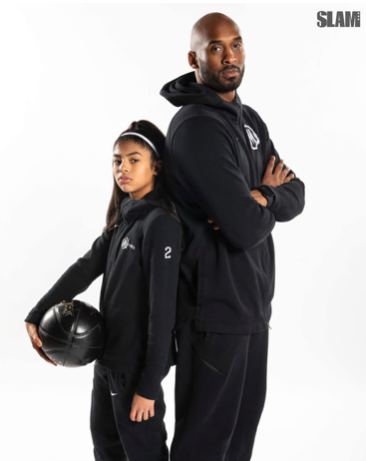 What is the World's Most Dangerous Sport?
Sayler Tidwell

Hello students! This week we have a new topic to explore. This week, we we are talking about the worlds most dangerous sport, scuba diving. Scuba diving is something you would thing as a relaxing attraction to a vacation near the ocean, but you have not seen the competitiveness and dangers of the sport. For starters, there’re several creatures that live in the ocean. You are messing with the animals habitat, that can easily anger them. You can also suffer from drowning if you are not the best skilled swimmer and/or something goes wrong with your equipment. Lastly, you are pushing your body through immensely deep waters that have very high amounts of pressure that can cause lung damage. When you get far down into the waters the pressure rises and it gets harder to breathe. Most of the people that scuba dive end up safe and have had a wonderful experience, but a few others have had a dreadful time in the waters. 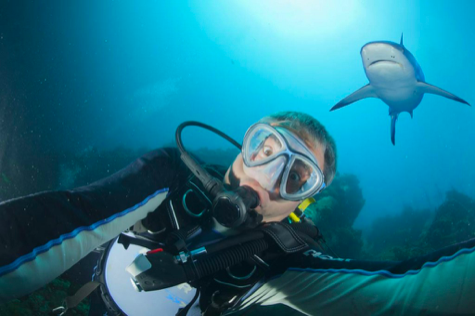 Many ancient civilizations had their own sports. Ancient civilizations loved the excitement of victory and athletics and began to make sports apart of their cultures. One ancient civilization, The Aztecs, created and participated in many sports of their own. The Aztecs created a sport called Tlachtli which was usually very aggressive.
Tlachtli was a very popular game or sport amongst the Aztecs. Tlachtli consisted of two teams placed in the middle of two walls with a ring on each wall. The goal of each team was to get an 8 to 10 pounds ball into the opponent team’s stone ring. This game was aggressive because you could only use your hips and feet to get the heavy ball into the opponent’s ring. The game was difficult as well because of how high the stone ring was and how heavy the ball was.
People would usually play this game for betting. One team would bet their lives, food, family, gold, slaves, and etc. Sometimes, the team that lost at a game of Tlachtli would be sacrificed to the Gods. 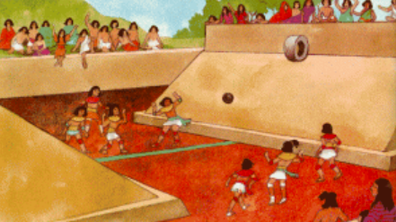 On July 7, 2019, the US women's soccer team won their fourth World Cup. They dominated the Netherlands, winning 2-0 in the finals. In the first half, the U.S. created more opportunities than the Netherlands. The Americans attacked and attacked, but the Dutch defense and, particularly, the goalkeeper, Sari van Veenendaal, who blocked four shots, kept the U.S. from scoring in an opening half for the first time this tournament. There were many collisions in the second half. Becky Sauerbrunn was knocked to the turf, blood streaming down her face. She returned with black tape wrapped across her forehead. In the 61st minute of the game, forward, Megan Rapinoe scored off of a penalty kick, after Alex Morgan was fouled in the goal box, which is the keepers boundaries. A penalty kick is a free kick at the goal from the penalty spot. It is about 12 yards, or 11 meters away from the goal. In the 69th minute, thanks to midfielder Rose Lavelle, the score was now 2-0. She dribbled down the field with a beautiful left-footed strike, she kicked the ball low and to the right. The U.S. brushed aside criticism, complaints of calls for the team to tone down their goal celebrations. They won, and this was a very good accomplishment to represent the United States. 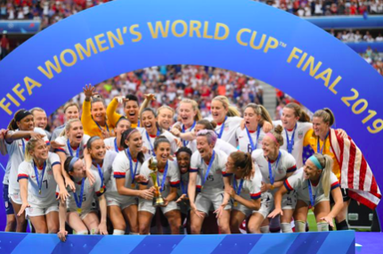 Hello fellow lynx! This week we have a new sport to discuss. This week we have come across an Indonesian sport called fireball soccer. In Indonesia the sport is locally known as Sepak Bola Api. The event/sport it held in the celebration of Ramadan. The ball that they play with is a coconut. Most participants bathe the bathe the coconut for a week before the math for the best results. When the game starts, the referee lights the coconut on fire and the participants are covered in spices that are proven to be fire resistant. The winners win prizes related to their culture. Fun fact, the player are required to fast before every tournament. 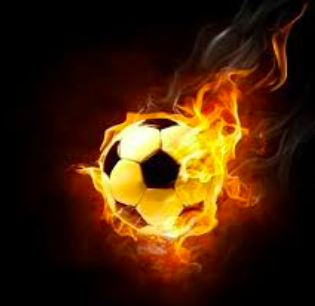 Running is a great way to getting shape and boost overall health. Running can even save your life if you are in danger. Running is an important habit many people should adopt because of its long lasting benefits. Though it is very hard to make running everyday a habit, you should push yourself to do it. Your body will thank you for running everyday by strengthening yours joints, making you happier, making you feel physically better, and boosting your immune system. Don’t just go out and start running everyday without being used to it, your body has to adapt to this new habit.
If you don’t run often, you won’t be able to run everyday. Running everyday takes fitness and discipline. For 3 days a week, try running intervals. Walking 1 minute and running 2 minutes for 20 to 30 minutes 3 times a week will condition your body to be able to run everyday. After you feel comfortable walking 1 minute and running 2 minutes on repeat for 20 to 30 minutes, you can increase the running time and days you run. Doing this on a routine or schedule will get you fit and you’ll be able to run everyday.

Welcome back lynx! Its been a long winter break but we are halfway through the school year now! This week in the sports department we are back with the rare sports. Next up, we have elephant polo! The sport is widely played in Rajasthan, Nepal, and Thailand. The game players use a standard polo ball, a six to ten foot cane stick much like a bamboo stick with a polo mallet head on the end. Each elephant has two riders, one instructor and one player. According to Wikipedia, “In 2007 an elephant went on a rampage during a game, injuring two players and destroying the Spanish team's minibus.” The Tiger Tops headquarters still remains the national champions in Nepal. There are also some independent competitions held in Sri Lanka. 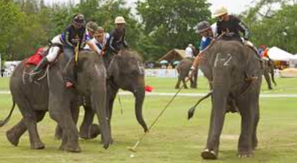